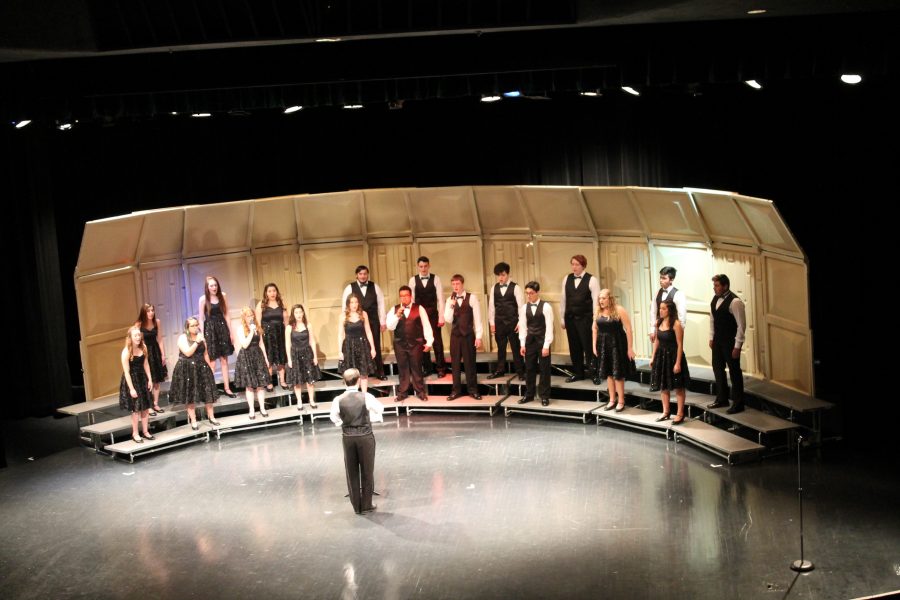 BULLHEAD CITY-–The final three choir and band concerts of the school year for Mohave and River Valley High School’s begin tonight and will run through Thursday, May 10.

Mohave High School’s choir performances are Tuesday. MHS’ band and RVHS’s combined band and choir concerts are both Thursday, May 10 on their respective campuses. All of the performances begin at 7:00 p.m. in the school auditoriums.

Pruett described Tuesday’s concert as “Cabaret meets light show, including performances by the graduating seniors.” The Concert Choir will sing “Defying Gravity” from Broadway’s Wicked, while the Mystic Rhythm ensemble performs “Another Day of Sun” from the Academy Award-winning film, La La Land. All of the Mohave choirs will perform “The Greatest Show” from The Greatest Showman.

Carlson said the River Valley concert on Thursday will feature songs primarily from stage and film musicals. Performers will include the band, mixed choir, Chamber Singers and soloists.

“We’ll also be performing this year’s award-winning show tunes for one last hurrah,” she said, referring to the Thunderband competition earlier this year in statewide competition.

Ticket prices for both the Mohave and River Valley choir concerts are $5 for adults and $3 for students. Mohave Thunderband prices are $3, with children under five admitted free. All tickets are available at the door.

While these are the last official concerts of the school year, they are not the last performances. For the second year, alumni and some seniors will return on May 17 for “Under The Lights,” a fundraising musical production for Mohave’s drama department two days before graduation. And two weeks into the new school year, Mohave alumni Alexander Dubois and Andrew Dell will headline an August 10 concert benefiting Mohave’s choir program. Additional information about both shows will be announced at a later date.