Regatta Given Green Light By Coast Guard For Float Event 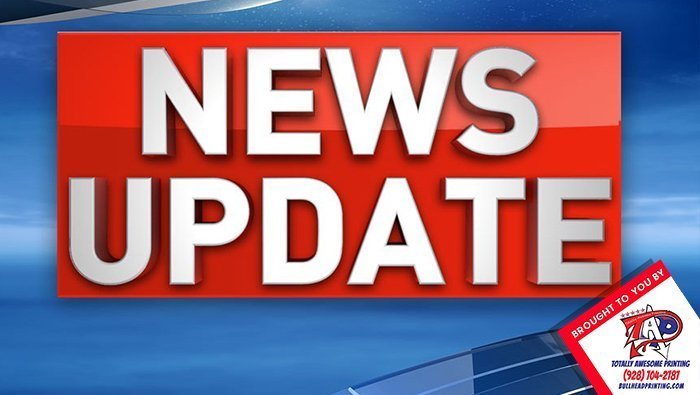 LAUGHLIN – The inaugural Laughlin River Regatta got the final green light to proceed with their float on August 11 down the Colorado River.

The delay, Guzman said, was due in part by further investigation into the event after an opposition was made by the Fort Mojave Indian Tribe and the State Historic Preservation Officer for California.

In 2016, Guzman said, the permit was issued to the City of Bullhead City on July 12, a month prior to the event. It is the norm to issue the permit within a month or two. The agency also requires the sponsor to apply for a permit 135 days before the event. Marnell Gaming applied for the permit in November 2017.

In a release issued by Marnell Gaming Monday night, the organizer announced the final permit approval.

“I am pleased to get the final approval, but never doubted that we would receive it. We have been working very hard to make sure this float is a safe, fun and environmentally responsible event,” said Anthony Marnell, III, owner of the event.

A variety of changes have been made to the Regatta to make it a safe, fun and better experience for the participants and community.

Registered participants will receive entry into the float event, food & beverage discounts, free transportation to the event in climate controlled motor coaches, a free boxed lunch at the event conclusion, entry to the official after party with live entertainment and more!

There will be a 22,000 entry limit this year, reducing the overall volume of people impacting the Colorado River.

Types of flotation devices have been limited in size, and all participants will be required to dispose of their floats at the end of the event.

Teams of workers will clean up launch and arrival sites and divers will scour the river bottom to pull up debris after the event; participants will be provided trash bags for their use during the float.

Marnell has promised to host additional river cleanups later in the year as part of his commitment to the river environment.

A total of $100,000 annually has been pledged by Marnell to improve and maintain cleanliness of the river, river banks and islands.

To date, 3.25 tons of trash have been removed from the river environs and the volunteer groups have shared $16,000 in donations to their groups for participation in the clean-up efforts.

“We are dedicated to being a responsible community partner and fostering a culture of service that benefits where we live” said Colorado Belle and Edgewater Senior Vice President and General Manager Ryan C. Walker.

Questions have been raised though, regarding public access to the closed safety zones while the event is occurring.

“As a federally navigable waterway, the Colorado River does fall under the authority of the Captain of the Port, who can limit or restrict access to the waterway. Typically, this is done through the implementation and enforcement of a temporary safety zone that is put in place to ensure the safety of participants, spectators, crew, safety vessels, emergency personnel and others who may need to safely access the waterway during a marine event,” said Guzman.

He continued, “Violations of a safety zone are treated as a violation of a lawful order under the Captain of the Port’s authority and could result in a monetary civil penalty ranging between $15,000-$35,000. Information regarding the enactment of a safety zone would be released to the public as a notice of enforcement for a special local regulation available on the federal register (www.federalregister.gov) as well as a local notice to mariners.”

Installation of fencing the safety zones began last weekend in and around the river. However, after some reported confusion, parts of the fenced locations had to be reopened due to it being installed a week prior to the float.

The fencing was installed, and paid for, by Marnell Gaming. They will be removed after the event, opening access to the river to the public again.

“Marnell Gaming is proud to be an involved partner in the community and is committed to hosting a ‘safe, fun & clean Regatta’.”

An email to Pat Pillsbury, media relations for Colorado Belle/Edgewater, Monday night regarding the amount of people already registered for the float has gone unanswered.

The report can be viewed by clicking HERE. It entails the original Application of Permit, support and non-support letters from local citizens and business owners, and the trash mitigation plan. (NOTE: The PDF does take a couple minutes to load.)

To review the original Environmental Assessment from July 13, click HERE.

The report for the National Historic Preservation Act assessment has not been made available at press time. 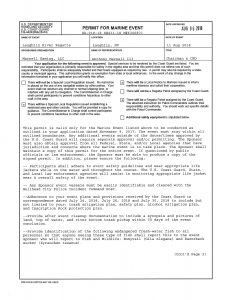 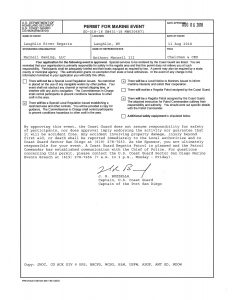