Guardian Foundation And D’Angelo’s Team Up To Fight Homelessness 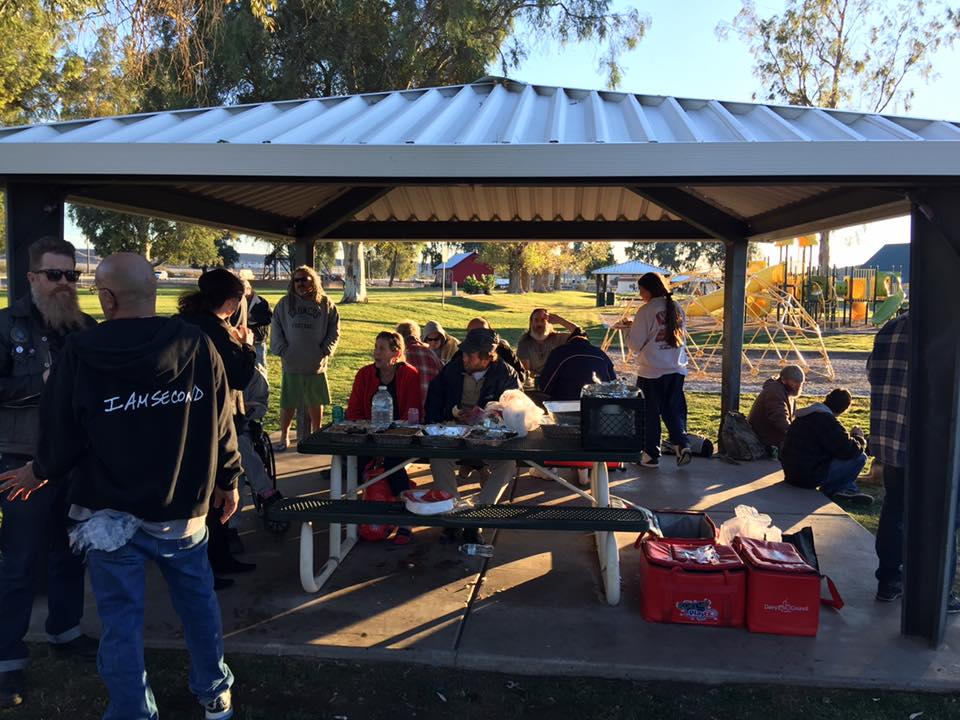 BULLHEAD CITY–A local business in Bullhead City is dishing up delicious food for a good cause.

D’Angelo’s Italian Restaurant is taking the time to help those living on the street by partnering up with The Guardian Foundation this week at their restaurant.

“This fundraiser, as well as the one at Lisa’s Bistro on May 11, is to help raise the funds we need to help provide the day-to-day needs of the homeless in our area,” said Robert Brandefine, resource manager for The Guardian Foundation. “We are the only ones that have boots on the ground daily, meeting the needs of those out there. Aside from the food, we also supply tents, sleeping bags, blankets, socks, feminine products, clothes and more. Our purpose is to the help those less fortunate.”

From now until April 22, ten percent of sales will go to The Guardian Foundation when customers present the “Donate & Dine” flyer.

“This is the third time they have participated in the coupon donation fundraiser,” said Brandefine. “They (D’Angelo’s) also provides us with food from their leftover banquets to our organization. We have also gained a lot of support from other businesses in town, who let us put out donation jars and also donate leftover food to us.”

In addition, said Brandefine, the foundation has had the full support of the local food banks, as well as, private citizens stepping up to help or donate to the cause.

When the foundation started in 2014, said Brandefine, they were providing meals on Sunday at Community Park to a handful of people. Now, the organization provides lunch and dinner on a daily basis to a much larger group. Volunteers have also grown in numbers.

“When it started there were only three people serving dinner on Sunday nights,” he said. “Now, we have about 30 helping out on weekly basis.”

Brandefine said the foundation has teamed up with other local resources, such as, Catholic Charities, Veteran’s of Foreign War, American Legion, Veteran’s Resource Center, St. Margret Mary’s Church to help and is part of the City of Bullhead City’s homeless task force.

“The objective of the task force is to identify the homelessness issues and help solve the problems with the cooperation of the city,” said Brandefine. “With all these resources, we can fill the gaps and refer people to them to get the help needed to better their lives. The city has been a great help to the whole homeless community and we all share our resources as a team and are working for the same goal.”

Recently, The Guardian Foundation assisted a woman, who had a high-risk pregnancy, get off the streets and into a motel.

“We were able to get her into one for nine weeks while she waited for her housing paperworks to come through,” said Brandefine. “We have helped people get apartments and jobs. We even helped one young man, who was dumped here, get back to Canada to his family by providing him bus tickets.”

One story that drew public attention, and the assistance of The Guardian Foundation, was that of John Hunter. Hunter, who creates woodcarvings at Community Park daily, had his bike and tools stolen back in November 2017.

“We helped get his items replaced and get him into an apartment after being on the streets for 15 years,” said Brandefine.

However, not all stories are successful.

“Last year, one man committed suicide behind the Family Dollar (Highway 95 and Third Street),” he said. “Because of that, we have formed with the city, a separate task force for suicide awareness for the homeless and are planning an event and mile walk on September 10.”

Brandefine added, “One of my personal future goals is to get a truck, convert it into a portable shower and bring it to them, but it will take a lot of fundraising. We do have the backing from the city to do something like this, but like I said, it takes money.”

The Arizona Department of Economic Security reports there were 37,404 people reportedly homeless in Arizona, with 14 percent being within the rural counties, such as Mohave County. However, that number has decreased from 40,745 in 2016.

To help with any of these fundraisers, contact Brandefine at 949-275-6638 or by email at bobaloo@dslextreme.com. A homeless task force meeting is scheduled for Thursday, April 19 at 1:30 p.m. inside city council chambers for anyone wanting to learn more about it.

Photo courtesy of The Guardian Foundation. 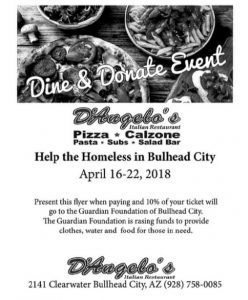