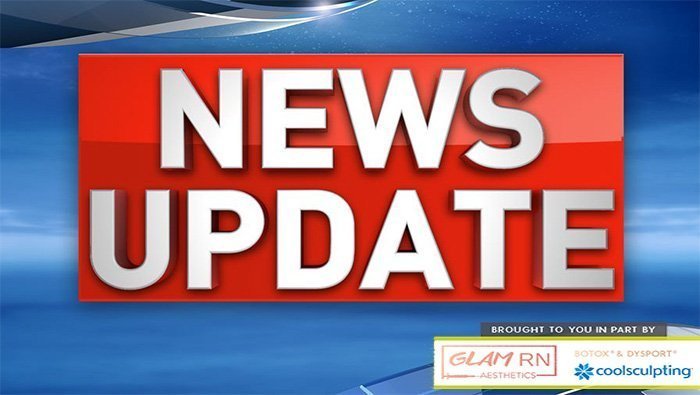 “What the Laughlin River Regatta has right now is a conditional use permit, which allows them to continue with the planning stages of the event,” said USCG spokesman Joe Guzman.

The “he said, she said” debate fired up Friday night after a press release issued on behalf of the Fort Mojave Indian Tribe announced the Laughlin River Regatta did not have final approval for the float just yet.

“No final permits have been issued or final action taken by the United States Coast Guard for the proposed Regatta,” noted the release.

Furthermore, the release states that any statements to the contrary have been made without authority of the law.

Officials with Marnell Gaming, who are the organizers of the Laughlin River Regatta, took to their event Facebook page late Friday night to debunk the release.

“Attention Floaters! There has been some #fakenews regarding our permit. The Ft. Mohave Tribe/Avi Casino has published a false statement saying that we did not receive our permit…We will see you all on August 11th, 2018!”

The Laughlin River Regatta attached their approval permit and the FMIT’s press release to their page along with the posting.

The permit, stamped July 13, states it is a conditional marine event permit and is granted subject to applicants commitment to meet any other conditions that may be imposed as a result of ongoing examination under the National Historic Preservation Act.

“They are both right, in a sense,” said Guzman. “They have a permit, but it is not the final one.”

The final approval hinges on the outcome of the NHPA report.

In an Environmental Assessment report released earlier this month, the Coast Guard notes there were 442 parties that sent comments during a public comment period in May. Of the 442, there were 422 that opposed the event, 19 expressed support and one party was neutral.

The majority of comments expressed concern about public health and safety, trash, biological resources and cultural resources, the document notes. However, none of the comments directly raised concerns over the environmental issues that had not been addressed in the Environmental Assessment.

In April, the FMIT expressed concern to the Coast Guard about the potential effects on cultural properties from waste discarded into the river during the proposed event.

On June 1, the Coast Guard concluded after the environmental assessment that issuing a permit, and enforcement of the Laughlin River Regatta’s enforcement of their event plan, it would not have a direct adverse effect on historic properties. The Coast Guard notified the State Historic Preservation Officer for California, Arizona and Nevada, as well the FMIT.

Two weeks later, the California State Historic Preservation Officer advised the Coast Guard they were in objection to the findings that there would not be an adverse effect in having the event.

Due to the disagreement with the Coast Guard’s findings, on July 2, officials requested the Advisory Council on Historic Preservation review the findings and provide its opinion to the Coast Guard.

The report notes that although the NHPA is not complete, the Coast Guard believes, based on all the information received and analyzed to date, it will complete the NHPA compliance actions prior to the event.

“We don’t know when the final approval will come in,” said Guzman. “It could come down to the eleventh-hour.”

In an email request, The Bee reached out to Regatta officials for additional comments on what would happen if the event was not approved, updates on the number of participants and what they would like the community to know they are doing to prevent a reoccurrence of 2016. No email was returned by press time.

The Laughlin River Regatta continues with the planning stages and selling of tickets for the scheduled event.

In addition, an email was sent to FMIT Chairman Tim Williams for comment on the ongoing regatta issue. No email was returned by press time.

To read a full transcript of the Coast Guard’s Environmental Assessment, click HERE. 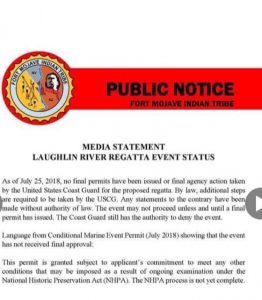 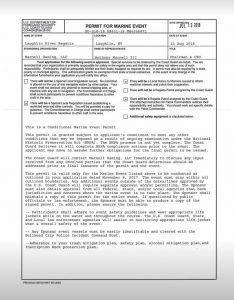