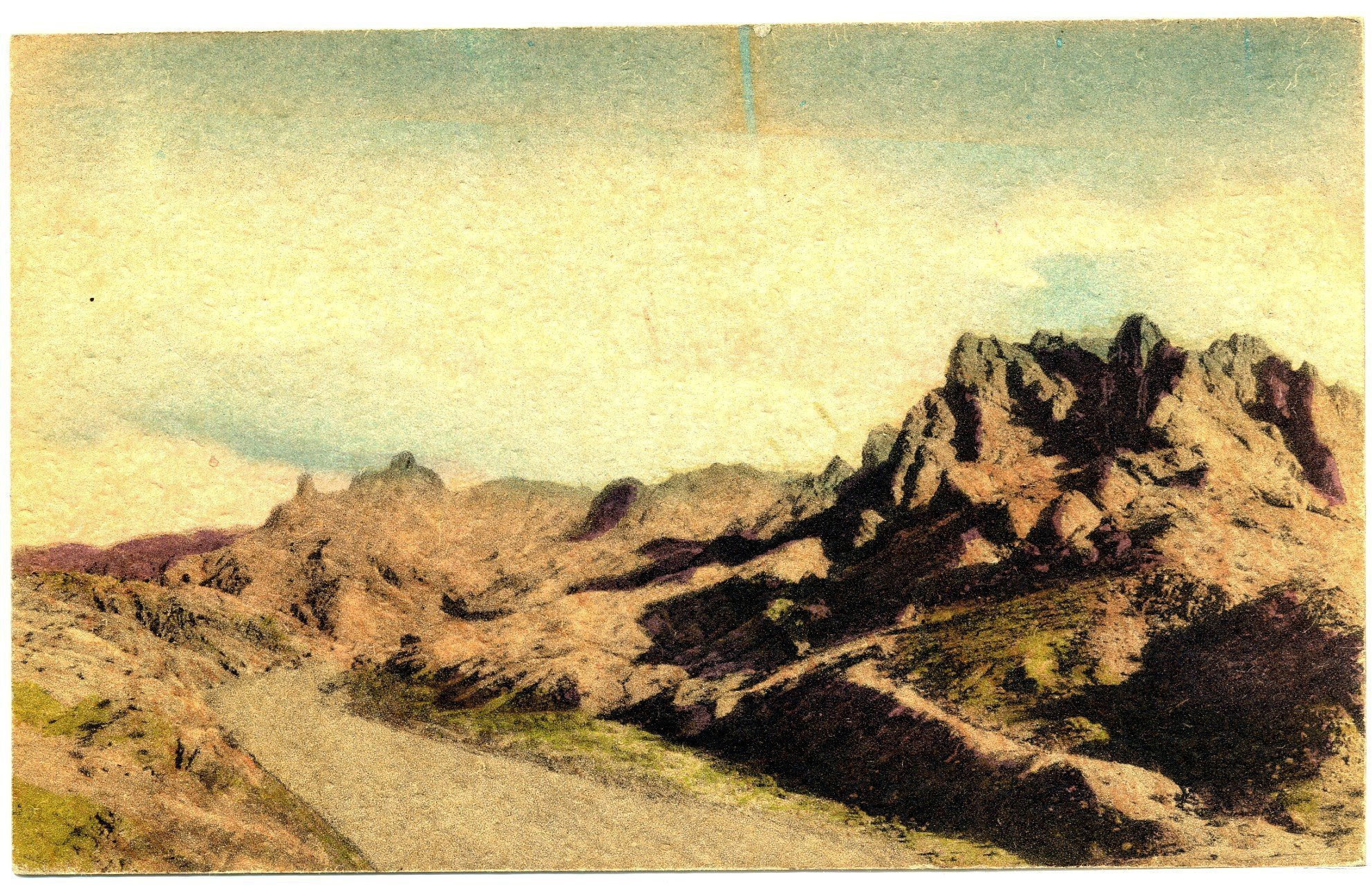 The Beale Wagon Road proved to be a popular trail for westward bound immigrants in the post Civil War period and into the 1870s. It would also play a pivotal role in the development of the Arizona territories. The experiment with the use of camels wasn’t quite as successful but it provided ample fodder for the creation of folklore and tall tales. For decades after the end of the experiment rumors were spread about camel sightings in the desert until  they were accepted as fact. One of the most famous of these is enshrined in a line of t-shirts marketed as Tourist Trap Tees by famous Route 66 photographer Shellee Graham and author Jim Ross.

The earliest evidence of the Red Ghost legends dates to 1883 with reports that a ranchers wife near Eagle Creek in the Arizona Territory was trampled to death my a gigantic red camel with a skeleton strapped to its back. Prospectors near Clifton were the next to report a sighting of the terrifying beast. With each telling the creature grew in stature and soon there were tales that it had trampled a grizzly bear or a cowboy had been ridden down when he attempted to rope it. Sightings were reported in the years that followed, and then the story spread that a rancher had dropped the towering beast with a single shot from his Winchester rifle. In the years that followed the legend faded. Still, on occasion a desert traveler would tell a tale of a giant red beast of burden.

The next chapter in development of a modern transportation corridor in northwest Arizona commenced in 1881 and 1882 when Lewis Kingman, a railroad surveyor tasked with laying the course for the Atlantic & Pacific Railroad westward from Albuquerque utilized the Beale Wagon Road to expedite construction as it followed the most feasible grades. As Lt. Beale had noted, “It is the shortest route from our western frontier by 300 miles, being nearly directly west. It is the most level, our wagons only double-teaming once in the entire distance, and that at a short hill, and over a surface heretofore unbroken by wheels or trail of any kind. It is well watered, our greatest distance without water at any time being twenty miles …” 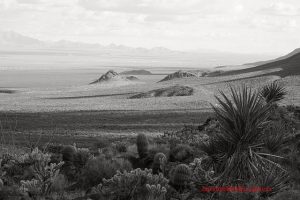 One of those dependable sources of water, Beale’s Springs, played a pivotal role in the development of the Kingman area. In addition to serving as a crucial way point for travelers on the Mohave Prescott Toll Road that connected Hardyville on the Colorado River near present day Davis Dam and Bullhead City with Fort Whipple, it was the site of Fort Beale. During the Hualapai Wars of the 1870’s, the fort became a focal point for military expeditions, and after subjugation of the Hualapai people it served as the center for that tribes first reservation. It was here that their trail of tears to the Colorado River commenced. A pair of monuments commemorating these events stand at the gate for the site of Fort Beale.

With the native people subdued miners swept into the area, and ranchers transformed the vast valleys in empires built on beef. The arrival of the railroad was as gasoline applied to simmering coals and communities boomed in the Cerbat and Black Mountains, and in the valleys along the railroad.

Initially the rough and tumble railroad camp that would blossom as Kingman languished as Cerbat and Chloride, Hackberry and Mineral Park boomed. Soon, however, as these boom towns ebbed and flowed with discovery of new mineral deposits or the emptying of others, Kingman was transformed into the hub for it all; in the century that followed. Ranching and mining, aviation and highways, the railroad and even electric vehicles all revolved around Kingman in Mohave County.