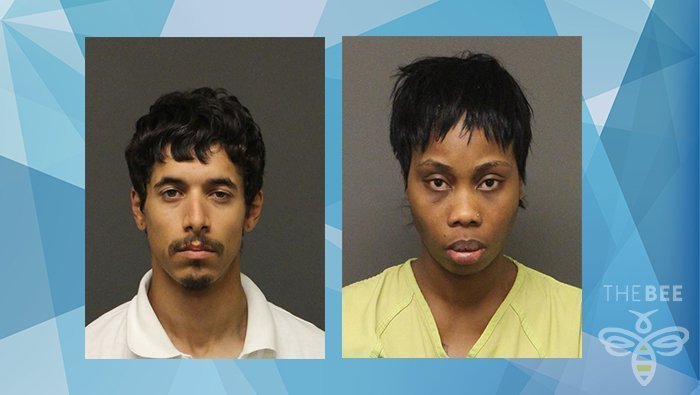 LAKE HAVASU CITY–A Phoenix man reportedly needing to make some cash to pay off an alleged drug debt found himself in the middle of a “large scale” prescription drug ring.

Steven Eric Mendez, 27, a transient from Phoenix, is facing 13 felony charges ranging from forgery to possession of drug paraphernalia after being arrested by the Lake Havasu City Police Department on May 16.

According to the police report, Mendez allegedly spent two days in Mohave County trying to fill narcotic prescription drugs to help pay off a reported methamphetamine drug deal that went wrong in the Phoenix area. He allegedly told police he was suspected of stealing a large amount of meth, but would not elaborate further.

Mendez reportedly told the police following his arrest, he was homeless and was living in Phoenix when he was approached by two females asking if he wanted to make some money.

Documents state he was taken to Surprise, Arizona and given a cell phone and new clothes.

One of the females was identified as Chuquita Latrice Brown, 31, of Chicago, Illinois.

Mendez and Brown reportedly left the Phoenix area and traveled to Mohave County. The two are alleged to have conspired to fraudulently present scripts at multiple pharmacies from Parker to Bullhead City.

One pharmacist told investigating officers this was one of the “biggest operations” he had seen in his past 30 years of working in the field.

Police reports indicate Brown would wait in a vehicle while Mendez went to the pharmacies with the prescriptions. When he would return, she would reportedly give him a new prescription and identity.

Mendez and Brown are being held at the Mohave County jail in Kingman on suspicion of fraudulent schemes, forgery, identity theft, fraudulently obtaining a narcotic drug, fraudulently obtaining a prescription only drug, possession of narcotic drugs and possession of drug paraphernalia. Both have a $30,000 bond. Brown has been additionally charged with providing an officer with false information.

Authorities have contacted pharmacies in Mohave County and La Paz County to alert them on the crime. The case remains under investigation.

← Prev: Mohave County To Display Multiple Fireworks Shows; Others Cancel Around The State Next: Wanted Suspect In Robbery Arrested →