Mohave County To Display Multiple Fireworks Shows; Others Cancel Around The State 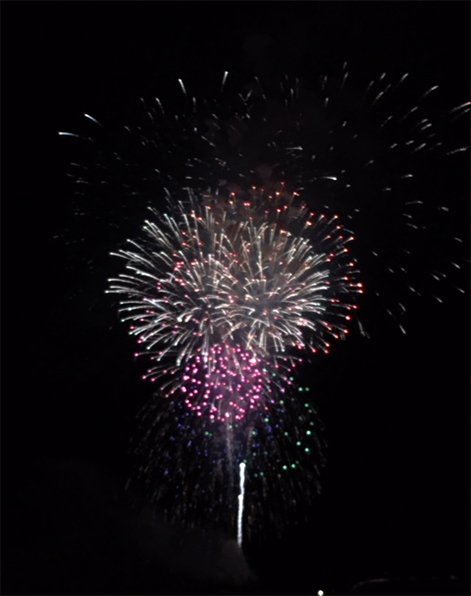 STATEWIDE–As the state continues to go without rain and the fire danger increases, multiple cities around the state are saying “no” to fireworks.

Show Low and Prescott Valley are the latest communities to cancel planned July Fourth fireworks because of extreme fire danger.

Prescott Valley’s announcement Monday said it had plans for added patrol and fire protection but decided to cancel its display because dry conditions and the lack of in the immediate forecast.

For Mohave County, as they say, the show will go on.

Kingman residents can take in the fireworks show at the Mohave County Fairgrounds. The show will commence shortly after dark. From 3 p.m. to 9 p.m. there will be various activities geared for the whole family. A “Little Miss Firecracker” and “Little Mr. 4th of July” contest will be held for ages 5 and under.

A second “Rockets Over the River” extravaganza will be held along the shoreline of the Colorado River across from the Colorado Belle/Edgewater. The show will start around 9 p.m.

Down river, families can celebrate the Fourth of July at the Avi Resort & Casino’s firework display. Their show will also start around 9 p.m. Wednesday night. Attendees are welcome to take in the show on their Beach Overlook. The Mojave Crossing Event Center is offering up front seats for $5 a carload. Come early and bring your chairs.

Bullhead City Police spokeswoman Emily Fromelt said the use of permissible consumer fireworks is only allowed from June 24 through July 6, 2018. Fireworks are not permitted in the Colorado River Nature Center.

However, residents need to remember that aerial fireworks are illegal in the state of Arizona.

The Associated Press contributed to this story.