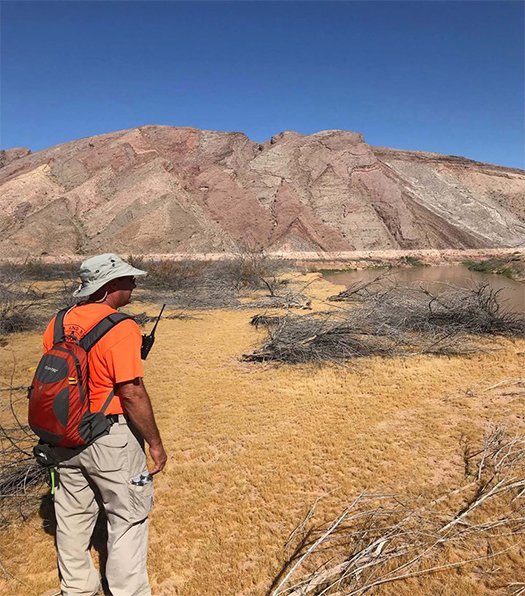 DOLAN SPRINGS–The search continues for a man who reportedly went missing about a week ago near Pierce Ferry Landing in Dolan Springs.

Tracking teams from the Mohave County Sheriff’s Office expanded their search Monday morning in hopes of finding 60-year-old Bryan Wolf, who was last seen in the Landing area.

Sheriff spokeswoman Anita Mortensen said after interviewing bystanders that frequented the area, it was determined the vehicle had been there sometime in the previous week.

The vehicle reportedly is owned by the missing man.

Last week, tracking teams began an extensive search of the area for any sign, including following the tracks of the missing man’s dog, who was found with the vehicle, said Mortensen.

On Monday, the search area was expanded based on new information that had been received by the National Park Service and several parties that were in the area during the timeframe.

According to the MCSO’s SAR Facebook page, the tracking teams were brought farther upriver by a jetboat to search for any recent sign of Wolf. Additional trackers hiked downriver nearly six miles before the terrain became impassible.

A DPS Ranger helicopter stationed out of Kingman assisted in the expanded search area. Hikers trekked through rugged terrain, soft sand and thick brush and in temperatures of 113 degrees with no sign of Wolf.

The search for Wolf remains ongoing.

Anyone with information on his whereabouts, call the Mohave County Sheriff’s Office at 928-753-0753. 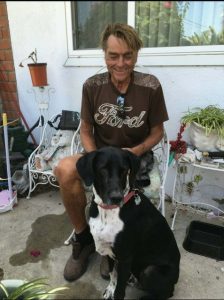