DRUG POSSESSION/ FAILURE TO REGISTER- KINGMAN
Mohave County Sheriff’s Office Deputies arrested Hubert Livingston Johnson, 49 of Kingman, for Dangerous
Drug Possession, Drug Paraphernalia Possession, and Sex Offender Registration Violation, all felonies. On
Monday (9/2) at approximately 10:30 PM, deputies observed Johnson riding his bicycle on the sidewalk in
the area of Stockton Hill Rd. and Airway Ave. and conducted a traffic stop. Consent to search his person
was given and deputies located 1.8 grams of methamphetamine in Johnson’s wallet. A records check
revealed Johnson was a registered sex offender who was not in compliance with his registration
requirements. Hubert Livingston Johnson was arrested and booked into the Mohave County Adult Detention
Facility without incident. 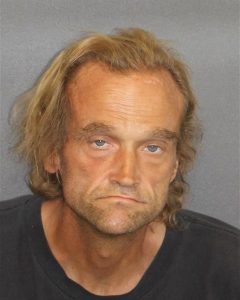 LABOR DAY STATS- LAKE HAVASU
During the Labor Day Holiday Weekend, The Mohave County Sheriff’s Office Division of Boating Safety was
busy with numerous calls on Lake Havasu and the Lower Colorado River. Over the weekend, 331 boaters
were contacted, 18 citations were issues, with 267 warnings given. Two boaters were arrested for Operating
Under the Influence, and 25 boaters were assisted for various reasons. The Division of Boating Safety also
responded to 6 medical assists. River Medical Paramedics who were on board of the MCSO Patrol Vessels
provided assistance to these subjects, who were ultimately transported to a local hospital. 3 non injury boat
crashes were investigated, including two boat fires. During Saturday evening (9/1), a large monsoon struck
the Lake Havasu area. Numerous boats were damaged, but those incidents were investigated separately.
Overall, the weekend was busy with visitors and locals alike, but no serious injuries were reported. 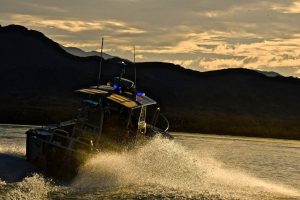 MARIJUANA TRANSPORTATION- KINGMAN
Mohave County Sheriff’s Office Deputies arrested Scott Joevell Owen, 28 of Jacksonville, NC, for one felony
count of Marijuana Transportation. On Saturday (8/31) at approximately 7 AM, deputies observed a grey
vehicle following too closely to another vehicle and initiated a traffic stop. Several nervous indicators were
observed during the traffic stop and a K9 was requested to respond. K9 Chase alerted to illegal drugs inside
the vehicle and a search was conducted, where deputies located 23 pounds of packaged marijuana. Scott
Joevell Owen was arrested and booked into the Mohave County Adult Detention Facility without incident. 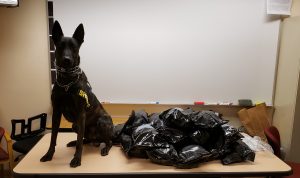 WEAPON POSSESSION- LITTLEFIELD
Mohave County Sheriff’s Office Deputies arrested Eoin Joshua Kazmark, 19 of Littlefield, for Theft/ Control
of Stolen Property, Possession of a Defaced Weapon, both felonies, 2nd Degree Criminal Trespassing, and
Drug Paraphernalia Possession, both misdemeanors. On Friday (8/30) at approximately 9:30 AM, deputies
responded to a call of a male subject shooting a gun at the roadway in the area of Mount Trumbull Loop
milepost 1. Deputies arrived on scene and observed the male subject, alter identified as Kazmark, shooting
off multiple rounds into the air and then go inside a tent near the roadway. Deputies approached the tent in
their vehicles and announced for Kazmark to exit the tent using their onboard PA systems. Kazmark exited
the tent and advised deputies the weapon was inside. A black pistol was located inside the tent and deputies
observed the serial number was damaged. A records check revealed the weapon to be listed as stolen out
of Cedar City, UT. A scale was also located inside the tent and when asked, Kazmark admitted to weighing
marijuana with it. Kazmark also admitted to not having a permit to camp on the property. Eoin Joshua
Kazmark was arrested and booked into the Washington County Detention Center without incident. 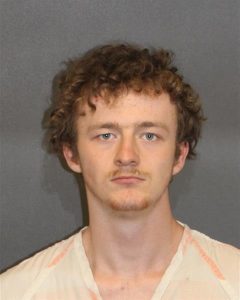 UNLAWFUL FLIGHT- KINGMAN
Mohave County Sheriff’s Office Deputies arrested Codey Joseph James Combs, 23 of Kingman, for felony
Unlawful Flight from Law Enforcement and two active arrest warrants. On Saturday (8/31) at approximately
1:30 AM, deputies observed a silver vehicle travelling south on N. Castle Rock Rd. and observed a red quad
travelling close behind it. Upon closer observation, the deputies observed the quad did not have a visible
license plate and attempted to conduct a traffic stop. The silver vehicle and quad continued on, and the
deputy continued to pursue. Eventually, the silver car pulled off the roadway, but the quad continued on,
pulling into the desert area attempting to evade deputies. The quad pulled into a wash between Bluebird Ln.
and Robin Ln. The deputy terminated the pursuit, but attempted to keep the quad in his visual, when the
silver car pulled in front of the deputy, causing the deputy to lose sight of the quad. Contact was made with
the driver of the silver vehicle, and the female driver identified the quad’s operator as a friend of her son’s. A
records check revealed the female driver’s son was Combs, and the deputy was able to identify Combs as
the quad’s operator using prior mugshot photos. It was also learned that Combs had an active felony arrest
warrant. Deputies responded to a residence in the 3500 block of Dove Ln. and observed the quad in the
yard. Deputies obtained consent to search the house for Combs, and learned that he had climbed into the
attic and was refusing to come out. After several verbal commands to come out went unanswered, the
Mohave County Sheriff’s Office SWAT was called to assist with the barricaded suspect. Oleoresin capsicum
(OC) and a CS gas canister were deployed into the attic, and Combs eventually came out of the attic and
was taken into custody. Codey Joseph James Combs was arrested for the above charges and booked into
the Mohave County Adult Detention Facility without further incident. 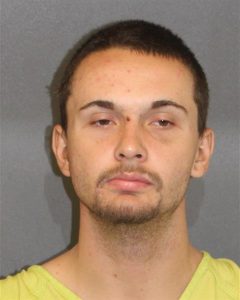 ← Prev: Diet Center’s Behavior Tip of the Week – Why am I gaining weight? Next: Kingman Police Beat →