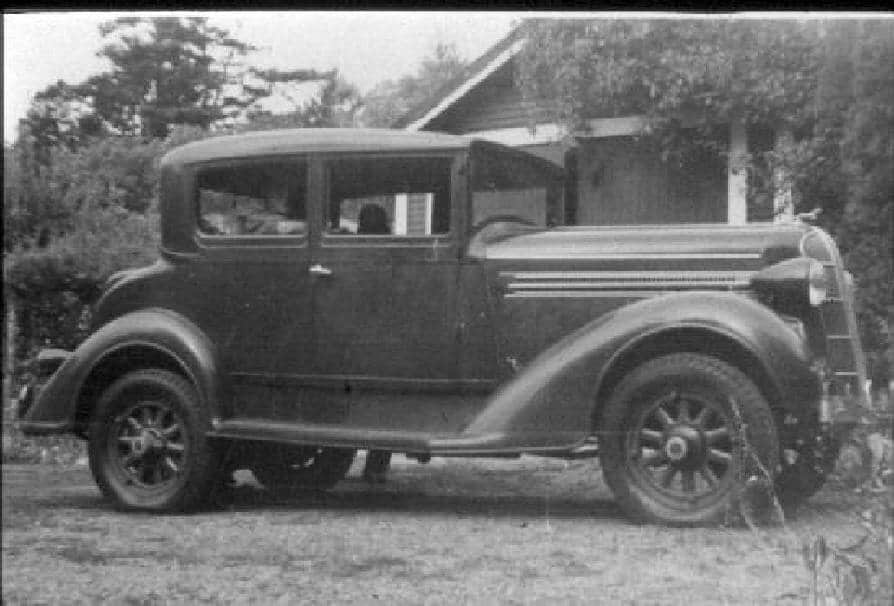 Hertz recently announced that an order had been placed with Tesla. As a result by next year this will be the first major rental car company to have an almost entirely electric fleet.

Now, almost daily, there is news that leaves little doubt that the auto industry is in the midst of a sweeping revolution. But did you know that electric vehicles are actually old news?

After eleven years of profitably building a variety of carriages, William Anderson relocated his company, the Anderson Carriage Company, from Port Huron, Michigan, to Detroit in 1895. For more than a decade, he continued plying his successful trade even though the gold rush atmosphere was compelling competitors to throw caution to the wind in the hope of striking it rich as a manufacturer of automobiles.

Even though horse drawn vehicles were still outselling automobiles by a sizable margin in 1907, he methodically moved into his company into the automotive age with an extensively tested and developed electric car designed by George Bacon. The steadfast focus unmoved by trends or fads that had served him well in the carriage business worked equally as well with the new endeavor.

Production continued with a slow but steady pattern of growth and in 1910sales of his electric cars topped 1,500 units. Profits mirrored this growth as Anderson quietly solidified control over production through the purchase of component suppliers including a manufacturer of dry cell batteries.

By 1911, with the exception of tires and wheels, Anderson was the only electric automobile company that manufactured the entire vehicle. This was also the year that the company reorganized as the Anderson Electric Car Company, introduced its revolutionary and patented “Direct Shaft Drive”, and unveiled the stunning Gentleman’s Underslung Roadster.

The direct shaft drive system eliminated the commonly used but primitive chain and gear reduction system. This dramatically lightened the weight of the vehicles manufactured. As a result the available range of operation between charges also increased.

Tests assured customers that the Anderson Electric could cruise more than 200 miles on a single charge, at 25 miles per hour. Still, the company prudently promoted their automobiles as urban vehicles. “Our vehicles will take you anywhere that an automobile may go with a mileage radius farther than you will ever care to travel in a day.”

But the average consumer wanted more than an automobile for urban use. As a result, the popularity of the electric automobile had been in decline for several years before Cadillac introduced its successful electric starter in 1912. By 1913, the slide had become a collapse. But Anderson, as with all successful independent thinkers, was not moved by the dictates of fad or the winds of change.

So he worked to dominate the market for electric vehicles. First, he began acquiring competing manufacturers such as Chicago Electric. Next he expanded the market for his vehicles with the construction of taxis and international licensing. and he also began acquiring companies such as Elwell-Parker, a primary manufacturer of electric vehicle components.

In 1918, M.S. Towsen assumed the position of president when Anderson entered into semiretirement. Towsen, formerly of Elwell-Parker, was also an independent thinker. He was well versed in the intricacies of electric automobile manufacturing and marketing.

Under the leadership of Towsen the company was reorganized in 1919 as Detroit Electric. Accompanying the change of name was a change in direction. The company focused all resources on meeting the needs of the urban commercial market. To give them a more conventional appearance, fake hoods and radiator grilles were added to mimic gasoline powered cars.

Production of these cars was in such low numbers it hardly seems that it would have been profitable. Incredibly, the company offered several models as well as a variety of body styles even though annual production seldom exceeded fifty units.

In November 1929, in a foreshadowing of the companies future in the tumultuous decade ahead, William Anderson died. Within twelve months, the rapidly deteriorating economic conditions curtailed production to such a degree the company built vehicles on a per order basis, often for fleet sales. For the first time in its history the company failed to show a profit.

The willowing winds of the Great Depression forced many manufacturers into uneasy and unusual partnerships. At Detroit Electric, the result was that the customer could choose from standard factory coachwork or a more deluxe version with body components supplied by Willys-Overland.

Surprisingly the Willys bodied electrics appeared stylish and even modern. This was not the case with the companies’ final offerings in 1936, 1937 and 1938. These models utilized many components purchased from Dodge including grilles, hoods, headlights, and trim. The result was an odd blend that presented the appearance a gifted body man had grafted a Model A Ford with a new Dodge.

There is a lesson in the saga of the Detroit Electric. Independent thinking coupled with steadfast, unshakeable focus anchored by common sense is a solid foundation for building a profitable company. 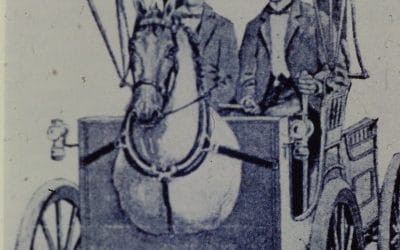 The Joy of Eccentricity

Milton O. Reeves was not a man without imagination. He was also a man with steadfast determination that was not afraid... 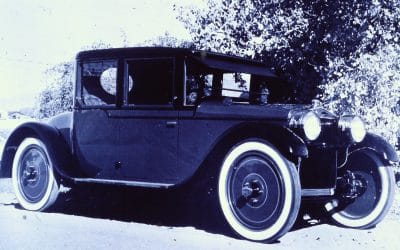 It was bigger than the rush spawned by the discovery of gold at Sutter's Mill in California in 1849. And like the... 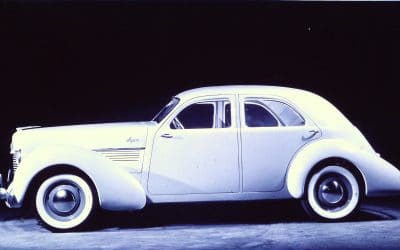 The radiator badge showing stylized portraits of the brothers Graham, Ray, Robert, and Joseph, as helmeted knights was...