The Independent Thinkers of Jackson 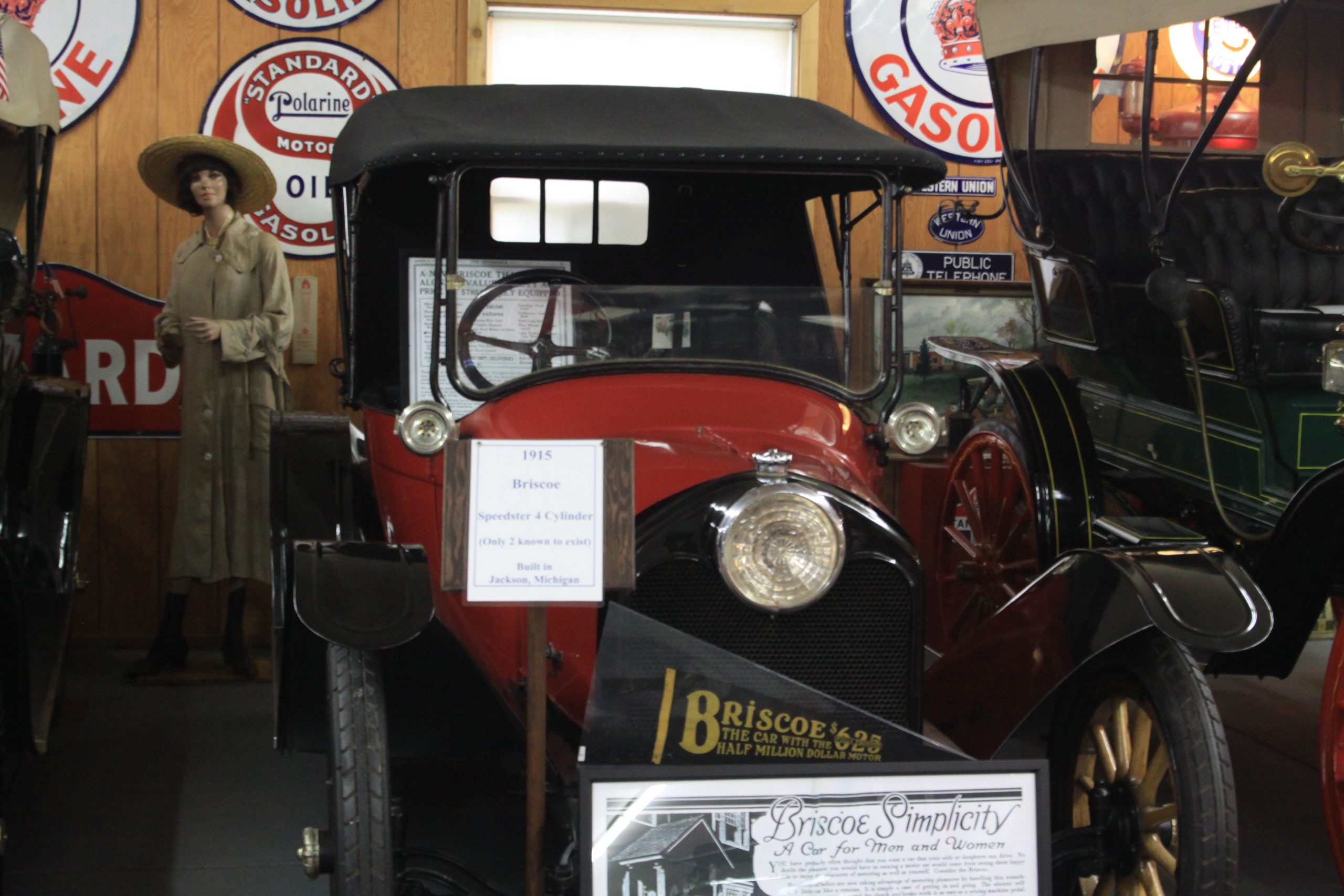 During the infancy of the American automobile industry countless progressive thinking cities vied for the industrial gold that accompanied the title Motor City. For a brief moment in time, counted among the leading contenders was Jackson, Michigan.

By the mid 1890s the city was an industrial powerhouse and a transportation hub. Numerous manufacturers of agricultural equipment operated factories in Jackson. The city was located on the main railroad line that connected Detroit with Chicago. And it was the focal point for a company that had developed an innovative light rail system that connected Jackson with surrounding villages.

Before the dawning of the 20th century David Buick established a small shop in Jackson to develop gasoline engines for marine applications. Owners of machine shops were experimenting with steam and gasoline powered carriages as early as the mid 1890s. Byron J. Carter, a Jackson based manufacturer of bicycles, tested his first gasoline powered prototype vehicle on the streets of Jackson in 1899. 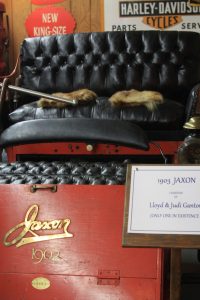 However, as with many automotive pioneers, Carter shifted his focus to steam powered vehicles. In his first commercial endeavor he developed a steam powered stanhope and partnered with the Michigan Automobile Company of Grand Rapids, Michigan, to begin production in 1901. The following year he patented a three-cylinder, six-horsepower steam engine, obtained financial backing from Charles Lewis, president of Lewis Spring & Axle and Union Bank of Jackson director, George A. Mathews, owner of the Fuller Buggy Company and director of the Jackson City Bank, and incorporated the Jackson Automobile Company.

The innovative company manufactured automobiles with steam engines under the Jaxon name, and gasoline powered automobiles under the name Jackson. Promoted with advertisement that proclaimed, “Steam is Reliable and Easily Understood,” the Jaxon was a 1903 only model. The decision to discontinue steam powered vehicle production was the first rift between Carter and his partners. The refusal to fund development of a revolutionary friction drive transmission designed by Carter led to his departure from the company.

Without the innovate Byron Carter, the Jackson became a conventional automobile but one with a well deserved reputation for durability. The companies slogan, “No Hill Too Steep, No Sand To Deep,” was not an idle boast but one built upon customer experience. And the company enjoyed enviable brand loyalty.

On occasion the company displayed innovative, and occasionally odd, manifestations of out side the box thinking. As an example in 1913, the company introduced the Duck. The car was operated from an elevated back seat. The company also developed niche market vehicles such as a line of four wheel drive trucks.

After his departure from Jackson Automobile Company, Byron Carter assembled resources and financial backing for another automobile manufacturing company. The foundation for the company was his revolutionary and patented friction drive transmission. Initial production at his Motorcar Company was in Jackson. Then in 1906, Carter reorganized the company under the Cartercar Company name and relocated operations to Detroit.

Benjamin Briscoe had made a fortune with the manufacture of sheet metal products. Eager to invest in the fledgling auto industry he financed David Buick’s first automobile manufacturing endeavor. He then joined with Jonathan Maxwell, a mechanical engineer that had been employed by Ransom E. Olds, and established Maxwell-Briscoe. Briscoe crafted a plan and facilitated meetings that led to the creation of General Motors. He also established United States Motor Company to compete against GM. And in 1914, he established Briscoe Motor Corporation in Jackson.

With the financial resources of the Swift family of Chicago as the cornerstone, the Briscoe Motor Corporation was launched on a solid foundation. The first model debuted at the New York Automobile Show in 1914 to mixed reviews. But the unconventional styling grabbed attention. Body construction included compressed papier-mâché composite panels over wood framing. Like Pierce-Arrow, the car featured a flared headlight. However, unlike the offerings from that luxury car manufacturer, the Briscoe featured but one headlight mounted at the top center of the radiator housing!

Until the companies demise in 1921, highly unorthodox thinking dominated the boardroom. For 1916, the company promoted vehicles with advertisement that proclaimed, “”Buy the Four. Use it a month. If then you decide you want the Eight, simply pay the difference and a small charge for installation work.” 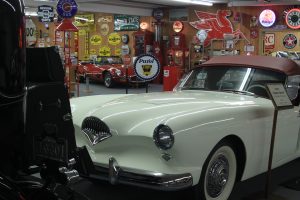 A smaller model with French designed air-cooled, four-cylinder engine appeared late in the same year. Perhaps Briscoe’s most unusual endeavor was a pitch made to any community that wanted to launch automobile manufacturing. Briscoe offered easy assembly plans for a four-cylinder automobile that utilized components supplied by Briscoe. The “kit” also included detailed plans for factory construction, and construction materials numbered to correspond to the plans.

Briscoe’s last attempt to keep the company afloat was a daring plan developed in partnership with his chief engineer, Jules Haltenberger, To curtail costs Briscoe designed interchangeable spring shackles, a reversible propeller shaft, identical castings for the clutch and brake pedals, and the use of one-size bolts for most chassis components. The result was the desired cost cutting through simplified production and an automobile fraught with a never-ending array of component failures.

The automotive manifestation of independent thinking in Jackson did not end with the closure of Jackson, Briscoe, or the more than twenty manufacturers that produced vehicles in the city. The final chapter was written in late 1953 with initial production of the stunning Kaiser Darrin in Kaiser’s Jackson facilities.

The largest collection of Jackson produced automobiles is on display at the Ye Ole Carriage Shop museum in Spring Arbor, Michigan. 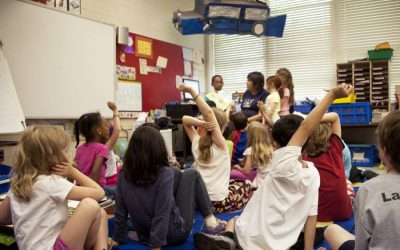