Trapped Campers, Swimming Bears In Montana As Floods Hit US 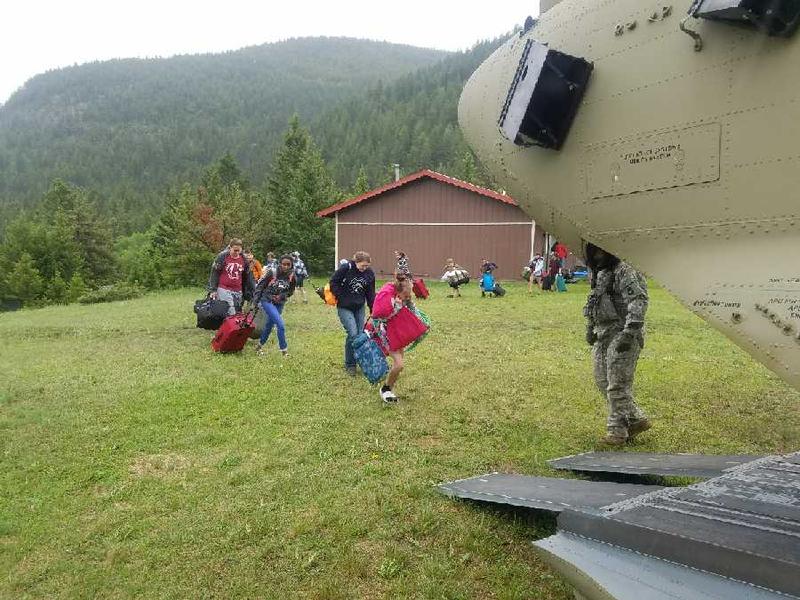 HELENA, Mont. (AP) — Helicopters rescued people stranded by flooding in Texas and Montana, including 140 children and counselors stuck in a mountain bible camp for two days, as severe storms swept the Rockies and the Midwest.

Campers attending the Montana Wilderness School of the Bible near the small town of Augusta were lifted out Thursday after a washed-out road cut off the only exit. Montana was just drying out from spring flooding caused by near-record snowfall over the winter when a storm unleashed heavy rains last weekend.

Texas also saw deluges all week. The soaking in both states comes in stark contrast to the tinder-dry conditions of the American Southwest, which is experiencing drought and an early wildfire season.

“The dryers were going constantly trying to keep the sleeping bags and clothes dry,” he said Thursday from the airport in Great Falls, shortly after campers were dropped off to meet their families. “It was hectic, but it was good.”

They had enough food and supplies to stay until Friday but the decision was made to get them out. The Montana Army National Guard flew in two Chinook helicopters and made two trips each with about 30 campers and their luggage, Steele said.

The 25-minute flight “was actually pretty loud,” said Steele, 19. “You could hardly hear the person next to you.”

Texas Department of Public Safety Lt. Johnny Hernandez said residents were being rescued by land and air in the Mission area, along the border with Mexico. First lady Melania Trump arrived in nearby McAllen as she made an unannounced visit to a facility housing migrant children.

Thunderstorms that have moved across Texas this week also have brought heavy rains to areas that less than a year ago were hit by flooding from Hurricane Harvey, including the Corpus Christi area and the Beaumont-Port Arthur area, east of Houston.

Forecasters say the rain was expected to move out of far South Texas by Friday but much of the central and southeast U.S. will be at risk of severe storms as the weekend approaches.

Meanwhile, great swaths of Arizona, Utah, New Mexico and Colorado were experiencing extreme or exceptional drought, forcing recent closures of national forests and other public lands because of fire danger.

In Montana, the remnants of Hurricane Bud met up with moisture from the Pacific Ocean to create a storm that hung over the western half of the state last weekend, said National Weather Service meteorologist Megan Syner in Great Falls.

“I can’t point to any single thing that would make us an anomaly in the western half of the U.S.,” Syner said. “We had a record winter season, and we had a storm track that just continued to bring weather systems over Montana.”

That led to 9 inches (23 centimeters) of rain falling on the Rocky Mountain Front, causing waterways to overflow and wash out roads, bridges and even sweeping away wildlife.

The mother of one of the campers, Teresa Lane, had an adventure of her own when she and her 9-year-old daughter spotted a grizzly bear that had been swept away by a fast-running creek on her ranch near Augusta.

“I thought it was a dead cow originally — it was something big and black and floating,” Lane said. “Then it flippedaround, and it looked at me, and I said, ‘Tiffany, it’s a bear!'”

She and her daughter followed the bear for about a quarter-mile as it tried to get out. When it finally did, it limped and appeared agitated before running away.

“It was not a happy camper,” she said.

In western Pennsylvania, residents and business owners were cleaning up after a storm dumped nearly 4 inches of rain, killing at least one person and prompting scores of evacuations as powerful floodwaters carried off cars and damaged buildings.

Flooding in Minnesota and South Dakota caused some road closures. The Argus Leader newspaper in South Dakota reported that a woman was rescued when her pickup became stranded in floodwaters east of Sioux Falls.
In northwest Iowa, several roads were inundated and basements swamped by heavy rain.

Flooding in Virginia forced Richmond International Airport and parts of nearby Interstate 64 to close Friday morning. People in the area posted pictures and video showing travelers leaving their cars to walk to the airport. 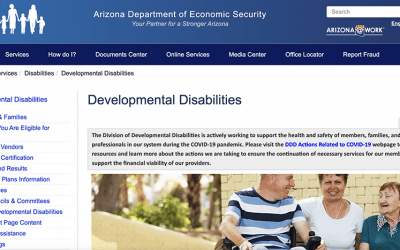 The Arizona Department of Economic Security (DES) Division of Developmental Disabilities (DDD) and its state and... 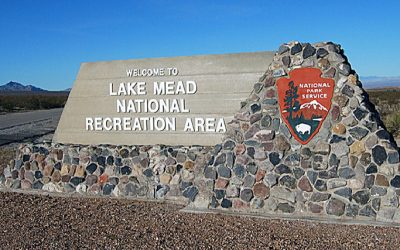